I hope you are all having a great Summer! I wanted to let you know we have been working hard in the off-season to make sure the 2021-2022 hockey season is a huge success!  West Fargo Hockey is growing fast and to make sure we are prepared for the future; we would like to announce some big additions to our team!

Jeremy Jorgenson has been hired as our first Executive Director for the West Fargo Hockey Association!  Jeremy grew up on a ranch in Montana where he learned the value of working hard and accountability. He later moved to the area and completed his degree at Concordia College in Moorhead, MN.

He comes to us with over a decade's worth of experience with North Dakota State University Athletics and his most recent experience has been working for the 2020 Chamber Choice Small Business of the Year, Sagency. Previously, Jeremy was responsible for building NDSU's Athletic media rights from little coverage and value to a multi-million-dollar asset that became a model for other programs to follow.

Prior to working with NDSU, Jeremy was an on-air sports anchor for television affiliates throughout the Midwest. He is an experienced communicator, relationship builder, and fundraiser with a long history in Athletics. As Executive Director, his role with the West Fargo Hockey Association will be to build relationships, be visible and available in the community, increase awareness and revenue, and support the staff so our Association can continue its rapid growth.

Jeremy and his wife, Steffanie, along with children, Jay and Libby, are excited to contribute to the family atmosphere surrounding West Fargo Hockey.

Zach Feltman will complete his 8th year as a Non-Parent Coach within West Fargo Hockey Association. He began as a Squirt B1 Coach for three years then went on to Coach one of the Peewee A teams for two years and has most recently been with the Peewee AA teams for the last two years. Zach has also Coached several Summer and Fall camps as well as Intro to Hockey all the way up to Bantams.  You name it – he has helped Coach it!

For the last six years he has also been a Coach for the North Dakota Amateur Hockey Association. He has Coached the Spring High Performance Camps, Fall Bantam League as well as Team North Dakota 14U Tier 1 and 2 programs with NDAHA. He will be entering his fourth Season as a 14U Tier 1 Coach.  Currently, Zach is a Level 4 Coach with plans of completing his Level 5 certification this Fall.

His experience as a Coach and a Coordinator made this new role as Assistant Hockey Director a natural progression. His new focus will be on helping the In-House levels as well as well as scheduling practices and games for the Association.

Please help us welcome Jeremy and Zach as our newest full-time staff at West Fargo Hockey!

There are more staff behind the scenes we would like to introduce as well. Between Charitable Gaming and Hockey Operations, this team does a lot of work to ensure WFHA runs smooth.  This helps allow us to provide the best experience to our Players.

Shana Wilson was promoted to our full time Operations Manager in March of 2021. Her role is supporting the day-to-day activities of both the Charitable Gaming and Hockey Operations portions of WFHA.  Prior to that, Shana had been a part of the committee responsible for updating the WFHA Bylaws in 2017 and held multiple board positions from 2018 through 2020.  Shana has been a member of the Stampede since 2014 when both her daughter and son started youth hockey.  Although humorously referring to her position as “the junk drawer” due to the variety of significant tasks she is responsible for, Shana’s roles and responsibilities across both gaming and hockey will continue to grow and evolve with the needs of our program.

Jason Gregoire is our Hockey Director.  Jason is entering his fourth year as HD for the Stampede. In his role as the Director, he has overseen all hockey related decisions, player/skill development, discipline and compliance issues and ensures West Fargo Hockey is following all USA Hockey’s rules and regulations. In addition, he oversees all the equipment needs of our program and is responsible for growing the game in our area to ensure all those that want to play our great game can do so. 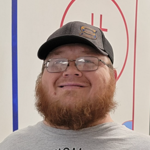 Jason Campbell, Soup, is our Gaming Director. He has been with West Fargo Hockey since 2010. He used to deal Blackjack for extra fun money. In 2017 he was offered the position of Gaming Director. He left a job of 17 years to come over to WFHA to run the Gaming and Fundraising portion of our program. He has now been with us for 10 years. During his time with WFHA we have doubled our gaming sites and we have more than tripled the amount of money raised for the youth. Jason’s outgoing personality is a perfect fit for the relationships with our staff, customers and gaming site Owners and Managers.

Tyson Nelson was promoted to Assistant Gaming Director of West Fargo Hockey Association in September of 2019. He has been with the gaming division of the organization for over 11 years as a Blackjack Dealer, Site Manager and now Assistant Gaming Director. With the growth and expansion of gaming taking place, Tyson’s duties continue to grow as well. Working alongside the Gaming Director, Tyson has found many ways to streamline and reform the States Gaming paperwork. Tyson is the lead on the Count Team and is responsible for managing West Fargo Hockey’s gaming sites. He has been a member of the West Fargo community his whole life, and now he and his wife are raising a son here as well.

With the addition of our new Executive Director, we have updated the bylaws to include this new title.  You can see those changes here:

I hope you all have a great rest of your Summer and looking forward to seeing you back at the rink!